At 2342 hours on Thursday August 10th, Engine 71 was dispatched for an Engine Transfer to Barbour County Station 4 (Philippi VFD) while units operated on the Carrollton Covered Bridge Fire in the Volga area. Engine 71 w/4 (DC/EMT Rohrbough) responded within 2 minutes and was diverted to a second structure fire in the area of the first fire on Buckhannon River Road along with Johnstown, Warren District, and Junior VFDs. Units on scene quickly advised the situation was under control as it was a log cabin on fire that was on the ground and for E71 to divert to the bridge fire. Engine 71 arrived on scene and assisted crews with scene lighting, fire suppression, and stood by for water supply. Crews operated on scene for 30 minutes with Philippi, Belington, Junior, and Warren District VFDs before being released by Asst. Chief 4. Crews returned home at 0124 hours. This fire is considered suspicious in nature and if you have any information regarding this fire please contact the WV State Fire Marshals Office.

The Carrollton Covered Bridge is 140 ft. long and 16 foot in length and is the 2nd longest and 3rd oldest covered bridge in WV being constructed in 1856.

At 1129 hours on Saturday March 17th, Engine 71 (w/3- LT. Richards) responded to the Engine Transfer assignment to Co. 4 (Lumberport VFD) while units from Lumberport, Shinnston, Spelter, and Worthington VFDs operated on scene of a Working Coal Silo Fire at the Robinson Run Mine Prep Plant outside of...
- more -
Early Morning First Due Fire

At 0217 hours on Tuesday March 13th, Companies 7, 12 (Stonewood VFD), and Engine 11 (Anmoore VFD) were alerted for a Structure Fire on Bicetown Road in the Bicetown Community. Engine 71 (w/5-Chief Haddix) responded in 2 minutes with Engines 72 and Tanker 7 following soon after.
- more -
Frist Due Garage Fire 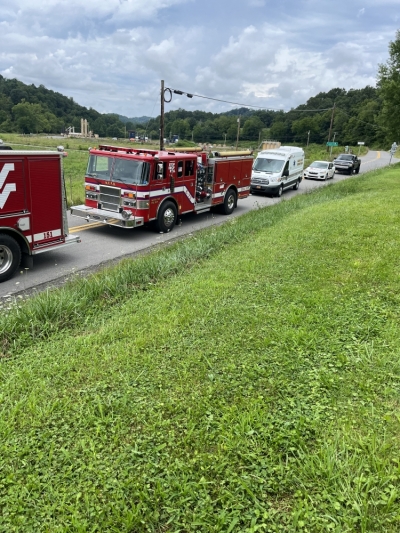 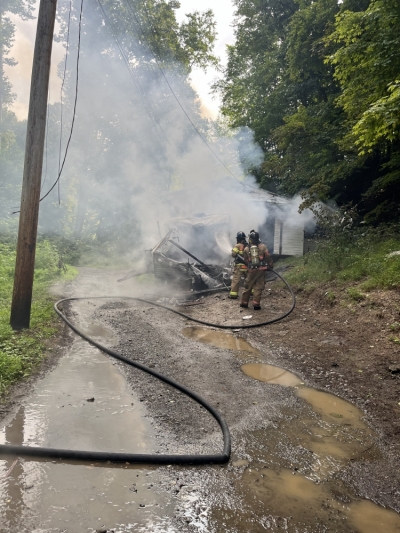 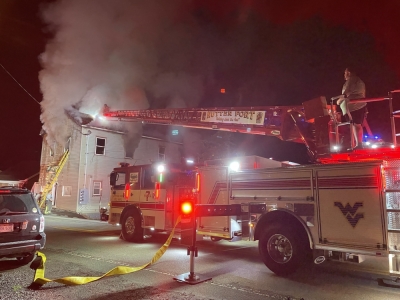